My mother was a close friend of the well known healer Bruno Gröning (1906 - 59) and accompanied him on his lecture tour around europe. He predicted both my birth and my future path and all has occured exactly as he said it would.

I was born in 1960 and by that time many friends of my parents had suffered serious and even incurable medical conditions, including my mother. After joining Bruno Grönings´ meetings however they were all completely cured. Because of the stories of these people I grew up with the theme of a divine healing power and Bruno Gröning became my first "teacher" so to speak and my profound spiritual connection to him has accompanied me throughout my life.

Since the age of seven I have had predictive dreams and they have become a permanent part of my life and the sensitivity to psychic perceptions also expanded in my daytime awareness. At the age of thirteen I had my first extraordinary experience. My eight year old horse had an incurable condition in his leg and I was advised by veterinarians that he would have to be put down as there was no medical solution, this was confirmed by x-rays. In my desperation I remembered what I had learned about the divine power of healing. I placed my hands on my horses injured leg and prayed from the bottom of my heart to cure my beloved friend and for the first time I felt an indescribable prickling sensation flowing through my hands. My horse was completely cured and went on to live to the age of twenty five. The veterinarians had no explanation for his recovery. The hunger for knowledge about spiritual healing has never left me since that day and I began to read all the literature I could find. During my life it has become hundreds of books.

I have been fortunate to have many books and teachers in my life but most of all I have learned from life itself. From early childhood my path has been blocked by obstacles and illness and I too have been diagnosed with several  incurable conditions. More than once I considered putting an end to my own life as I began to doubt all my experience of god, faith and healing. That was until I began to study the buddhistic philosophies and more and more I began to understand the connections with my former situation. Throughout my former years my whole focus had been directed at the illness and treating of symptoms instead of going to the cause of the illness itself. If I wanted to change a situation then first I had to change my standpoint to this. Not trying to beat the disease but to promote health on all levels. I took a new direction and worked on myself not only on the physical level, changing my diet and nutrition but also on the mental and spiritual levels, training myself in thought control, self discipline and regular meditation and as a result I became completely healthy, left my past behind and in 1993 I decided to move to Spain.

When I look back upon my life I am so heartily grateful for all that I´ve learned and experienced and also for the long years of suffering because they became my greatest growing phase. Because of this I was able to learn within myself which relationships are the spiritual causes with the physical symptoms. Especially, how much our thoughts and feelings influence our life. Every thought has the tendency to materialize which is why we have to be very careful and aware of the choice of our thoughts. This is achieveable for every person. We are not victims of coincidence or other outside influences, we are powerful creators of our own life! Every person is born with the divine love within. Love is the greatest healing power in the universe. If we give our love within more space and connect it with the divine love of the universe, then true wonders can happen. 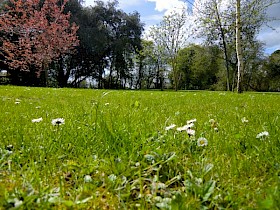 "Things are not as we believe that they are. Spirit is the matrix of all things and the conviction is the code to transform the possibility into reality" (max planck) 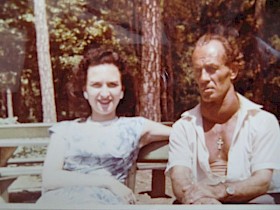 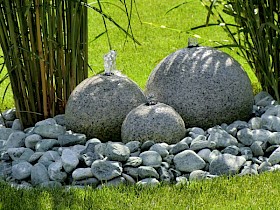 "Have faith and believe. It helps, it cures the divine power" (bruno gröning)