From 1978 - 1993 I worked in the office of a police department.
From 1993 - 2006 I was employed as a tourist representative (hotels and airport) for the first six months in Mallorca and then in Gran Canaria. I did both jobs with all of my heart and I had the opportunity to meet people from many different social levels which gave me the opportunity to train my knowledge about people in general.

My spare time I dedicated almost exclusively to the differing healing methods, psychology, spiritual philosophies, psychic science and nutrition. Above all I was fascinated by literature, in which healing processes are  confirmed by scientific study. Nearly all of my holidays and the money I had saved I used attending seminars and lectures.

During 2007 - 2008 I took time off in order to dedicate myself completely to my healing work and I began to offer my healing services free of charge or based on voluntary donations. I did this for many years for friends and people I knew but going "public" was a great step for me.
In 2009 I had my own column in the monthly canarian magazine "en busca de la felicidad" (in search of happiness) in which I wrote about spiritualism and consciousness. Also in 2009, due to not charging for my healing services I returned to my profession as a tourist rep but I found that it was no longer my way because I no longer had the time or strength to deal with the people who needed help.
in 2011 I left the tourism industry and at last I transformed my vocation into my profession. I opened my office for spiritual healing and I am now helping and consulting/coaching people in any life situations. 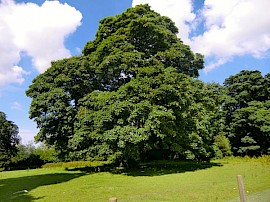 „All that we are is the result of our thoughts“ (Buddha ) 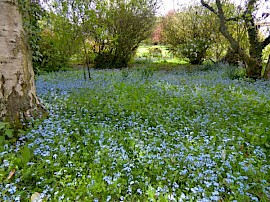